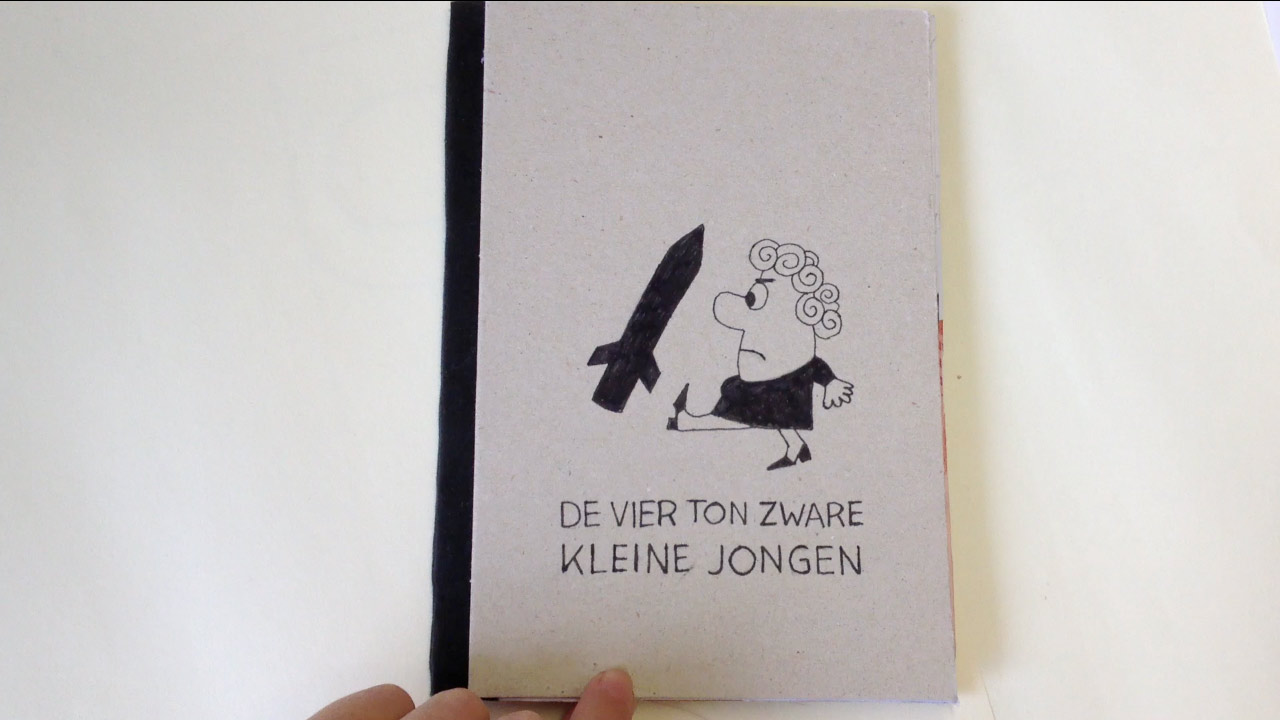 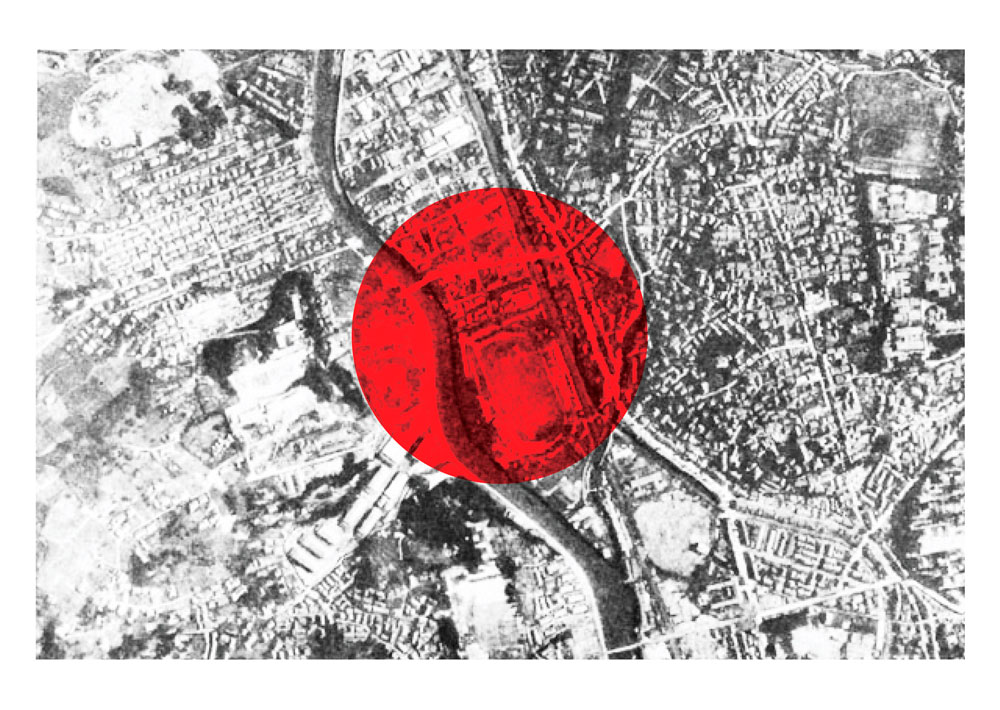 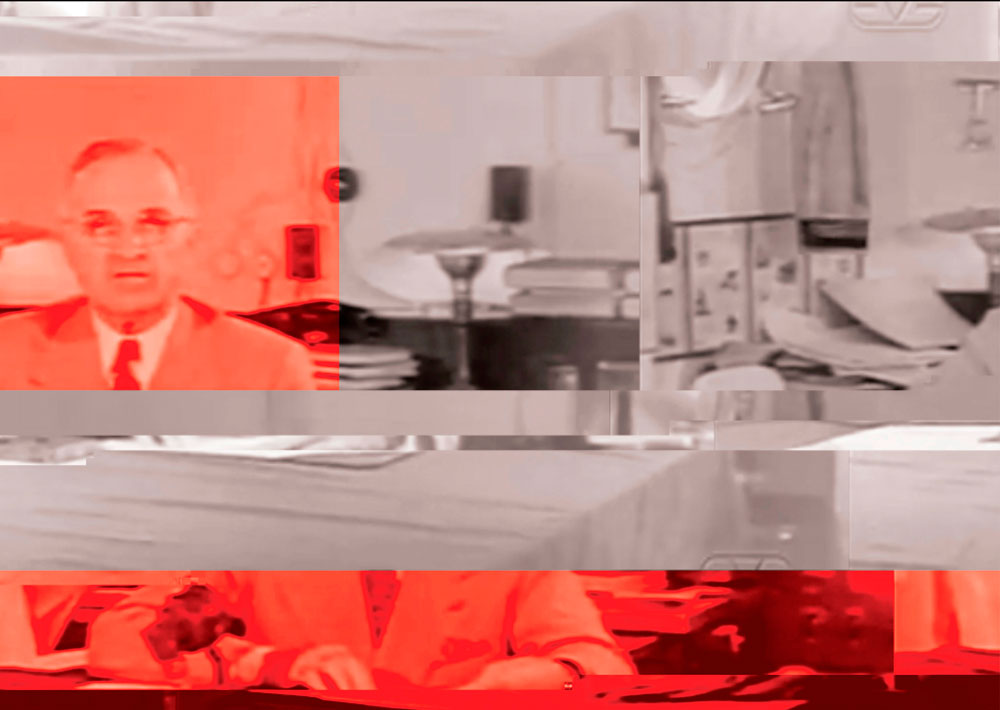 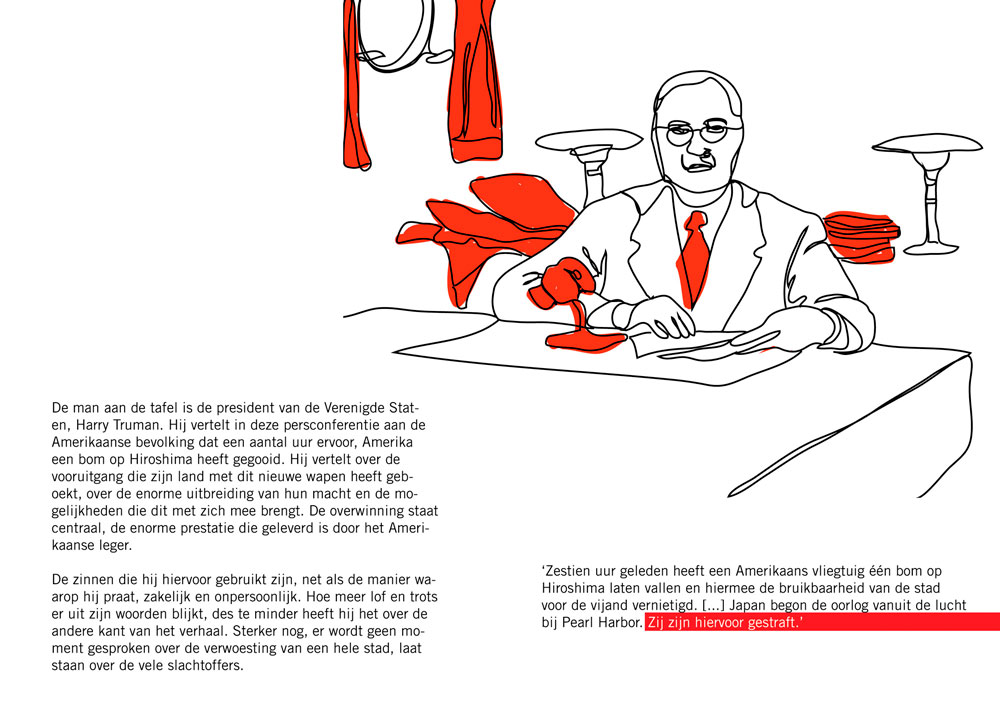 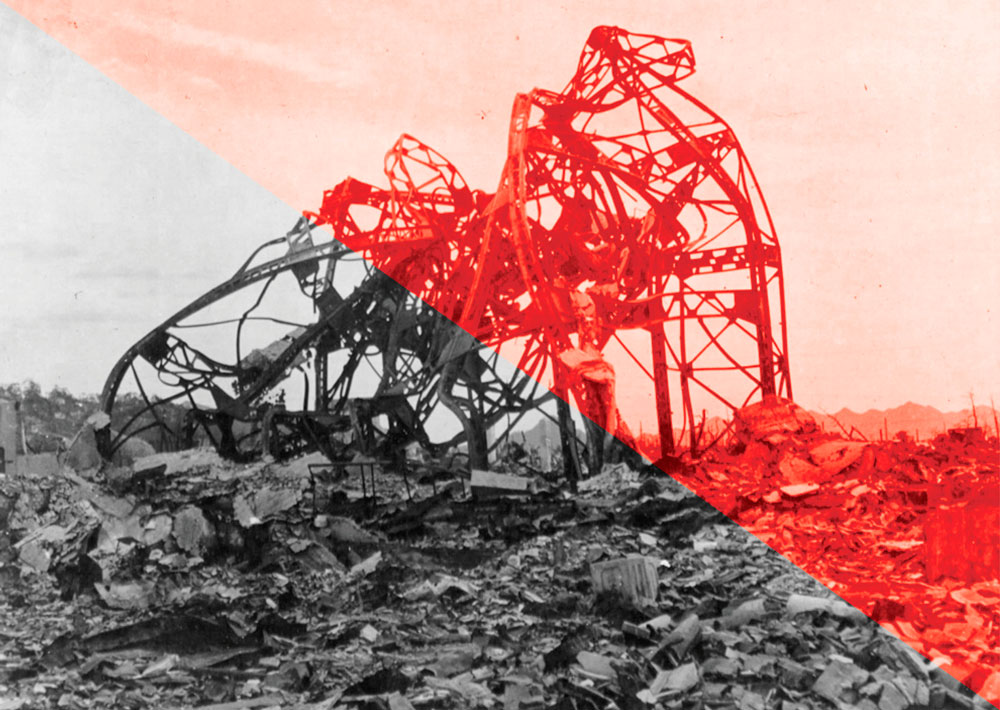 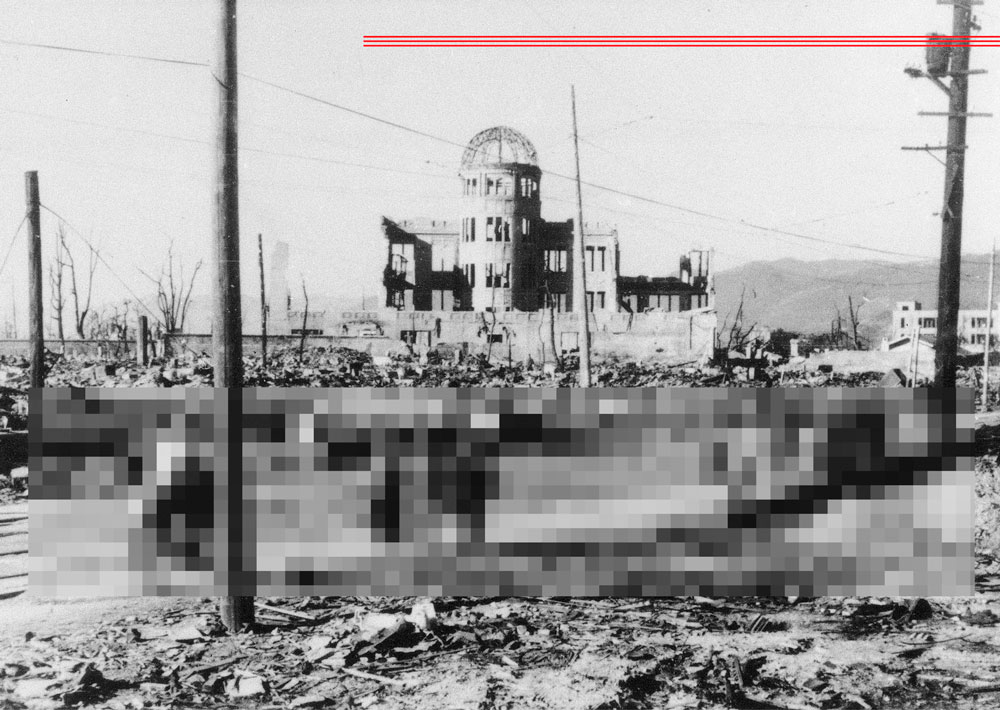 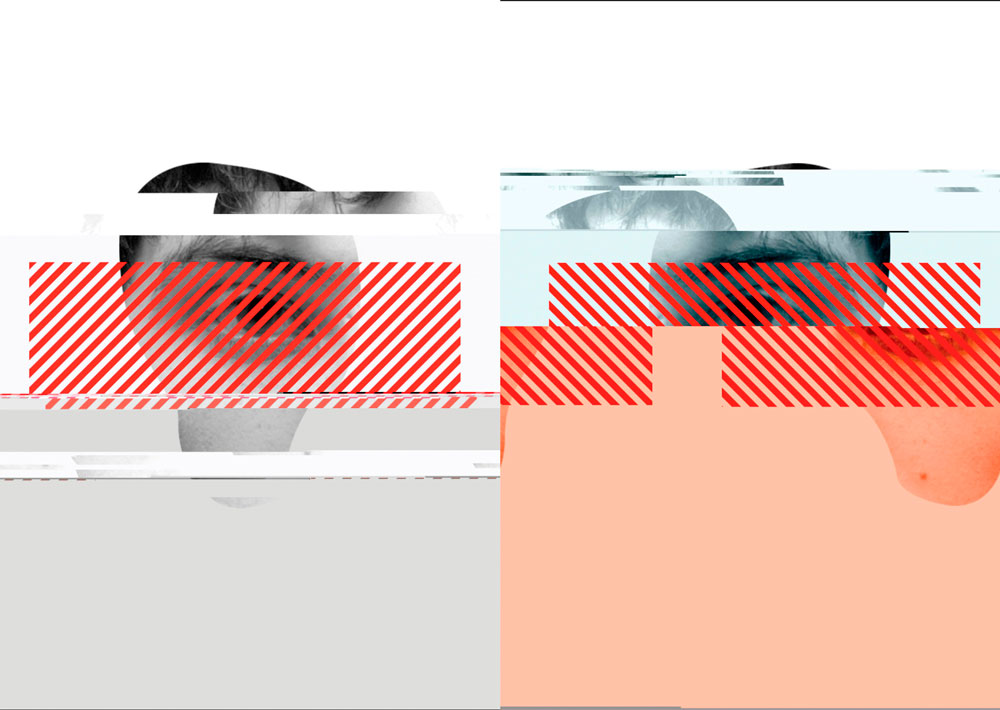 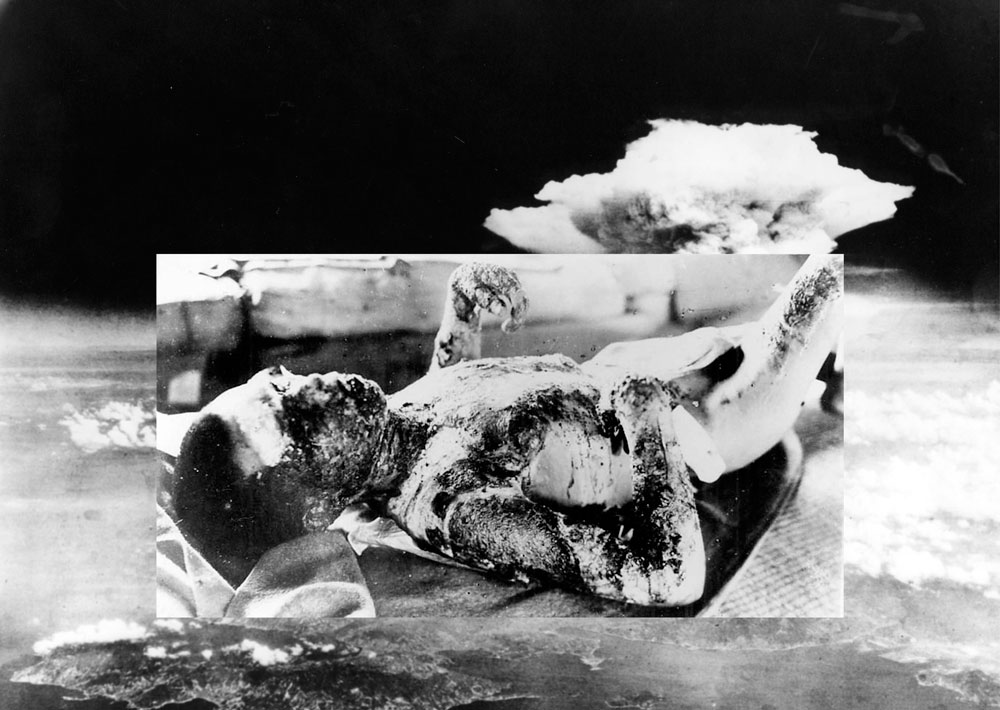 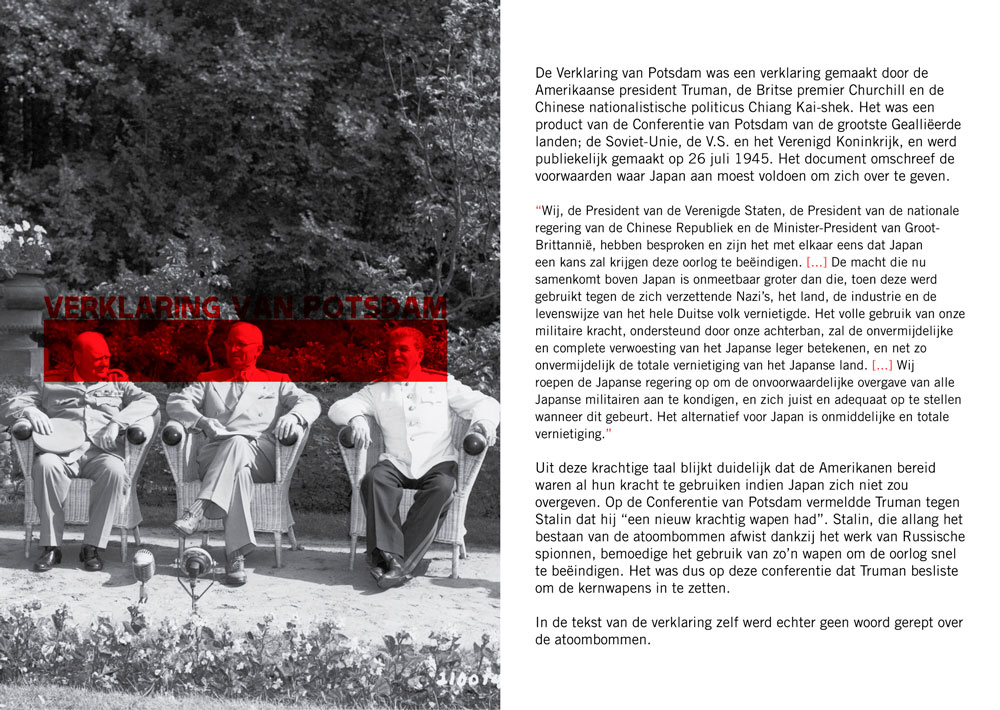 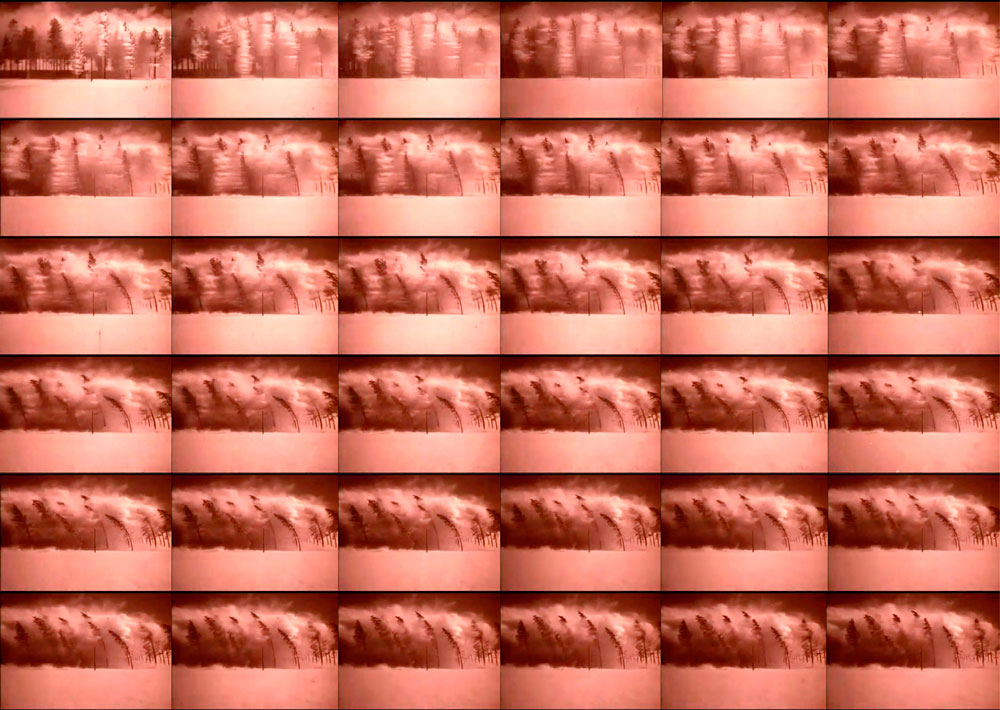 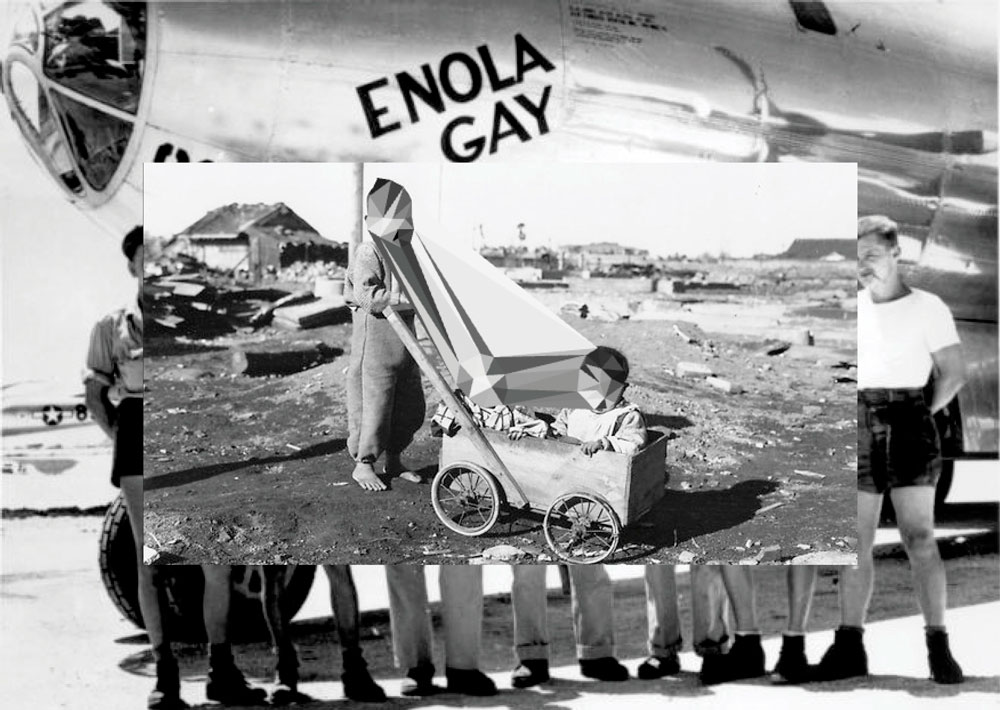 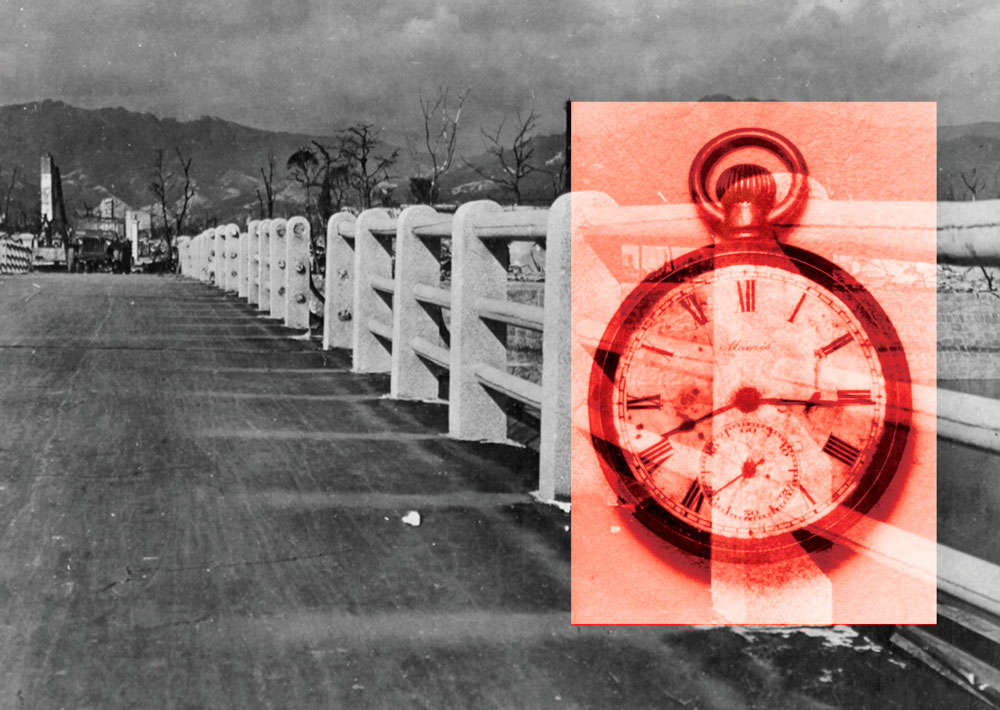 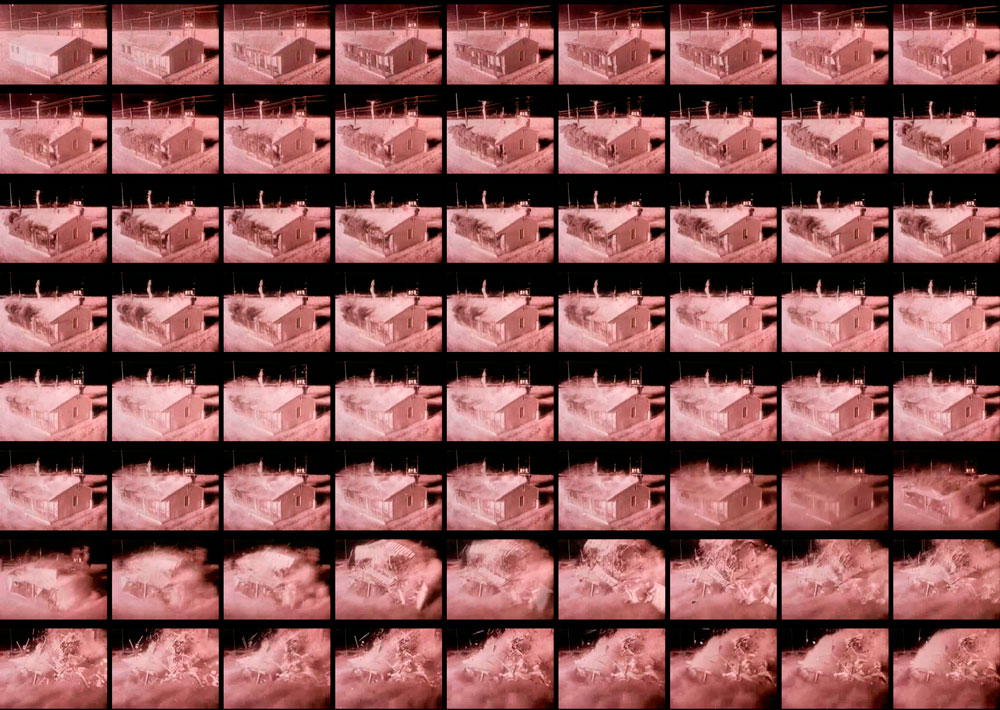 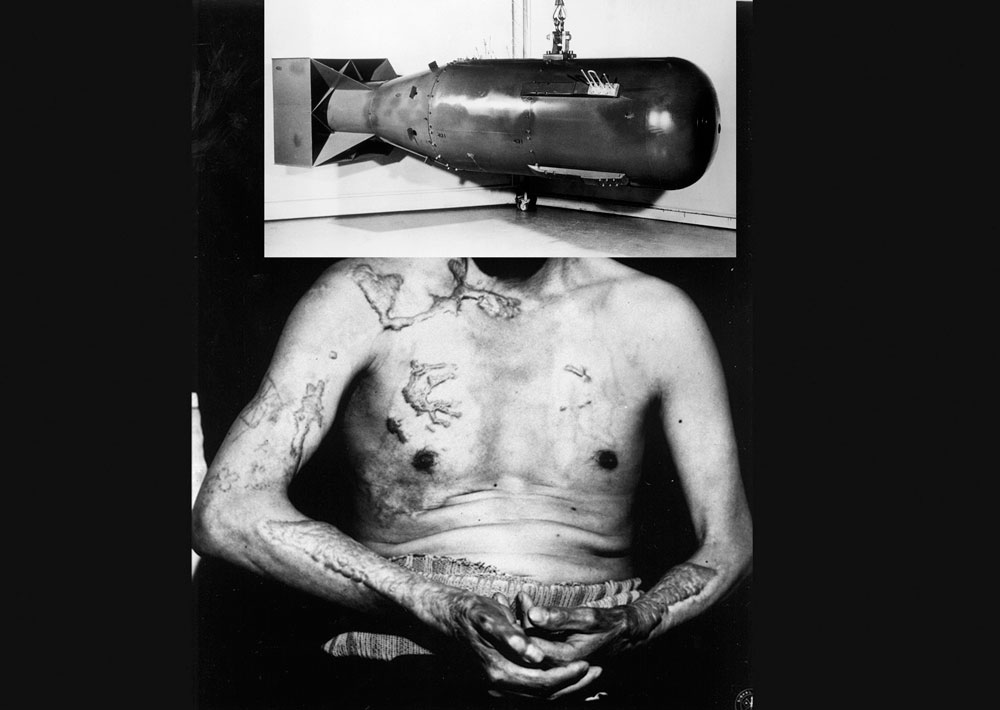 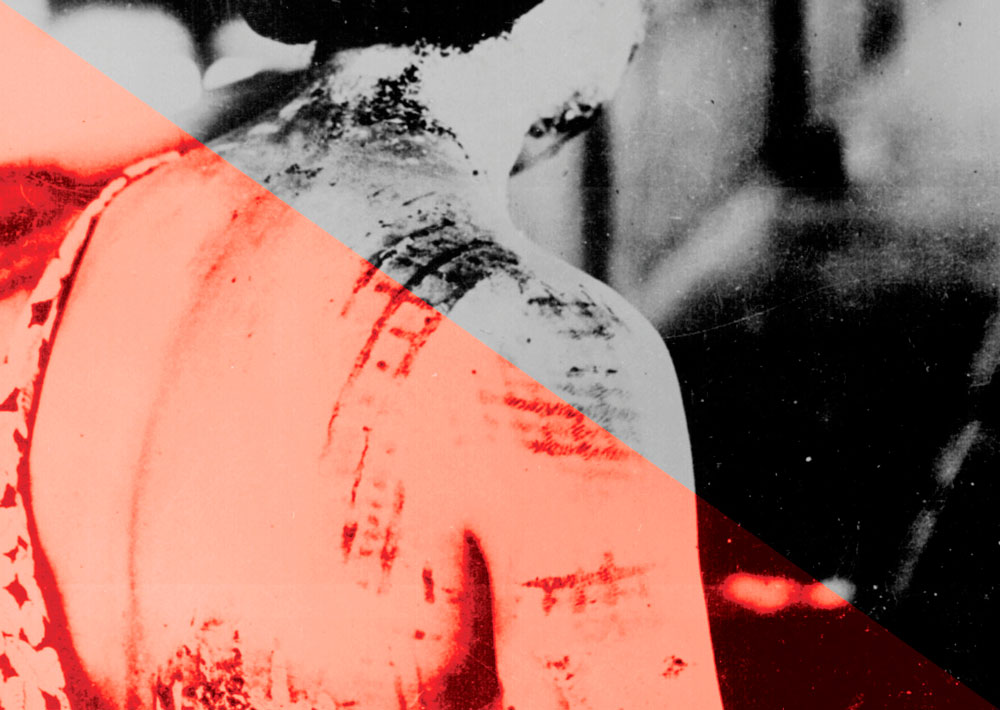 De vier ton zware kleine jongen (The little boy who weighed four tons) is a booklet about the bombing on Hiroshima in September 1945. It was created as a final project in my first year at St. Joost School of Arts in Breda, the Netherlands.

It’s a ciritcal as well as factual look at the way the former President of the USA, Harry Truman, spread the news of the bombing. He gave a speech telling the American people about it in such a uninterested way, he could just as well have been talking about the weather. He never spoke about the deaths and injuries of innocent civilians, only about the huge success and victory of being the first country using an atomic bomb.

I’ve limited myself to using only red, white and black, in order to make an impact to the viewer, as the color red has a kind of power in itself, and to reference the Japanese flag.

To reflect the impersonal manner of the way the news was brought, I censored the personality out of pictures. By taking the people out of the images, replacing faces with objects or overlapping images, it creates a simple yet powerful feeling. It makes you curious but at the same time, you know you may not want to see what’s underneath.